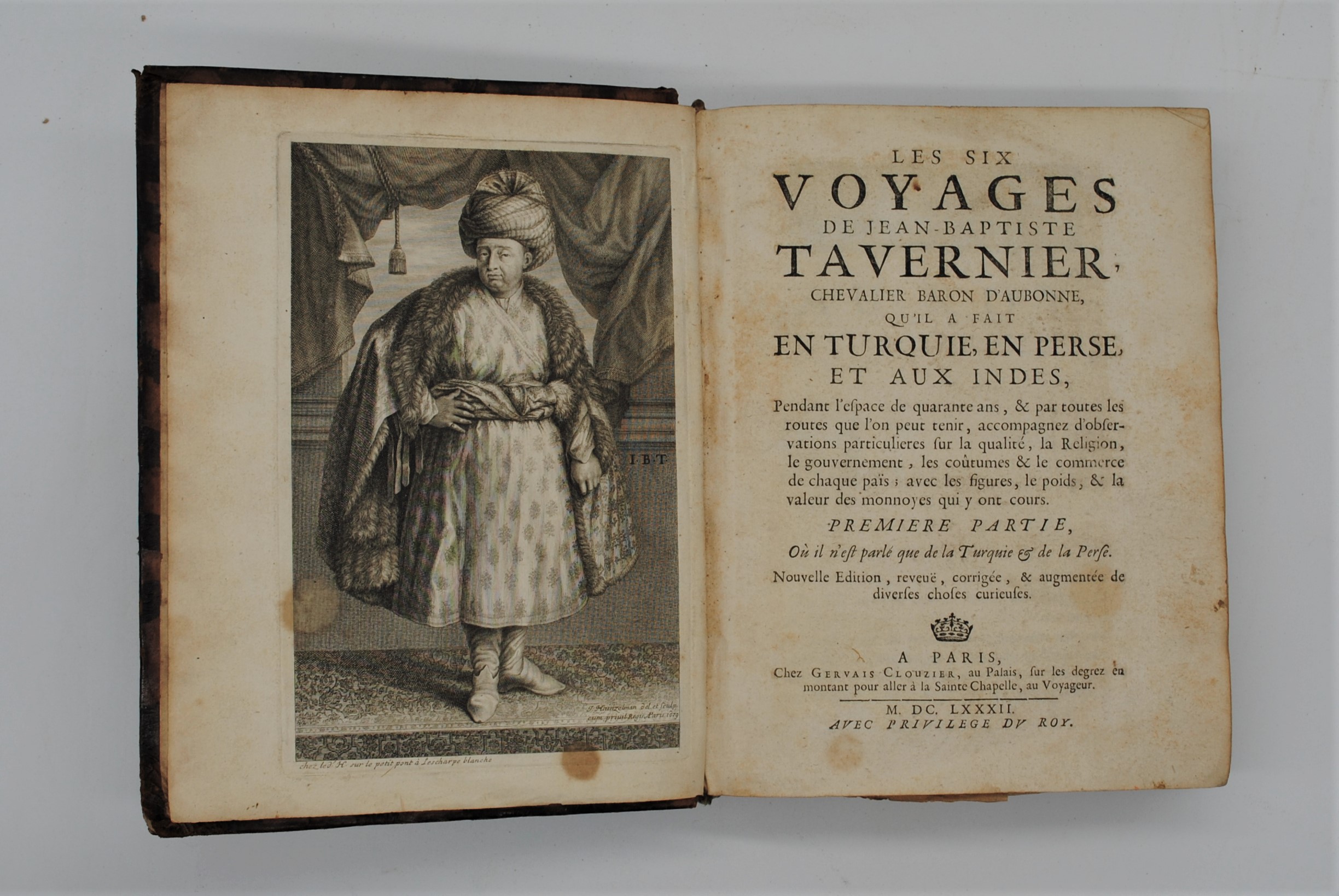 The first of the diamond merchants: Tavernier, king of the gem trade in the 17th century

Jean-Baptiste Tavernier was a great traveler and French pioneer of trade with India in the 17th century. From collector to trader, he was a precursor of trade between Europe and Asia. Indeed, he made six trips during his lifetime and his travels also correspond to the beginnings of Orientalism in Europe.

The diamond trade, the basis of Tavernier's successful business

What are the origins of Tavernier?

Jean-Baptiste Tavernier was born in Paris in 1605. His father, a map merchant from Antwerp, took refuge in France from a family of Protestants who were persecuted there. His father's engravings gave him an early taste for travel.  Between 1618 and 1623, he was apprenticed to a librarian and became a master bookseller in 1623.

At the age of 16, he had already visited England, the United Provinces (Netherlands) and Germany. Then he visited Hungary and Italy, working for various royal courts. He made his first trip to Constantinople in the early 1630s for eleven months before going to Armenia. On this first trip he went as far as Isfahan before returning via Baghdad, Aleppo, Malta and Italy, then returning to Paris in 1633.

Tavernier and the jewelry and diamond trade

Tavernier was a great collector of furniture, silks, pearls...  He learned to become a trader through his numerous travels and his knowledge of the currency rates of the time. Tavernier did not base all his business on the trade of precious goods, he was also an investor and played on the exchanges between currencies and debts to make a name for himself and earn a living. He prepares each trip in a very meticulous way, by gathering numerous French goods (jewels, watches...). Indeed, in the 17th century the possession of watches was an aristocratic privilege. He went directly to the greatest for his trade, which made his business very ambitious from the beginning.  As an anecdote, in order to compensate for the lack of security at the time, he offered gifts to the most powerful when he travelled in order to benefit from their protection when crossing their countries. The stones came from India and he had them mounted and set in France, to resell them in Asia. It should be noted that India from the 8th century BC until the 18th century is the only source of diamond extraction, especially with the mines of Golconde. Moreover, the terms jeweler and goldsmith did not have the same meaning: in the 17th century the jeweler is the one who sells the jewels while the goldsmith is the one who makes the jewel.

The appearance of diamonds in art in the 17th century

Trade between Europe and India developed and became more democratic in the 17th century. Little by little in the manufacture of jewelry, metal was replaced by gems whose sizes were multiplied and optimized. It becomes interesting to discover the technical innovations on how to cut a diamond in different facets to optimize its brilliance. Thanks to Tavernier's accounts, we know that the technique of faceting was well known in the 16th and 17th centuries, both in Europe and in India, where more or less the same technique was used: after cleaving and cutting, the stone was covered with facets to hide its "defects". If the diamonds had no flaws, they would roll them over and under, without bothering to give them a shape, for fear of reducing the diamond's weight.

The blue diamond of Louis XIV

In 1668, Tavernier returned from his sixth voyage to India with a formidable cargo of precious objects, jewels, pearls and 1083 diamonds. Louis XIV, the King of France, bought it all from him for the sum of 900,000 livres. Among this shipment was a large blue diamond of a remarkable color "Le Bleu de France" or "Bleu de Tavernier" which will become the blue diamond of the French crown. Louis XIV had it cut by Jean Pittan and included it in the insignia of the Order of the Golden Fleece. It remains the largest blue diamond ever discovered to date, even after the discovery of important deposits in Africa, Siberia, Australia, Brazil or Canada. 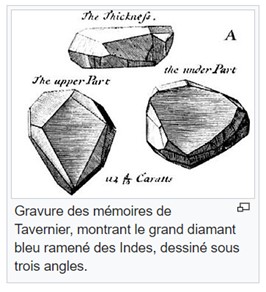 From fame to posterity

At an advanced age, Tavernier thought he was finished with his travels, so he published his account of his adventures. At the time of writing this book, Tavernier had already travelled 240 000 km. Thus, in 1676, "Les Six voyages de Jean-Baptiste Tavernier" was published, a bestseller gathering numerous itinerary notes, accounts and descriptions, information such as currencies, exchange rates and other customs and trade rules that would serve as a guide for other traders. His works also have the merit of being clear and of providing precise information: thanks to his travels, his accounts and his engravings, Tavernier offers us an exceptional testimony of the history of the Golconde mines, of the Indian cut in the 17th century and of the jewels of the French crown under Louis XIV.

The last trip of the diamond dealer Tavernier

Tavernier made a total of six trips in his life. He was a passionate and tireless traveler. Very meticulous, he noted in advance of the voyage all the expenses envisaged, even at his 80 years.
In 1687, Tavernier left Paris for Asia, wanting to pass for the first time by the road of Northern Europe and then Russia.
He died in 1689, not far from Moscow where he was buried in the Protestant cemetery.
Explorer and pioneer, Jean-Baptiste Tavernier will have traveled 250 000 km during his life, leaving us a precious sum of knowledge about the East of the 17th century. His memory will have marked the spirits, by leaving us engravings of the 20 largest diamonds that he brought back from India, with very strange and atypical forms.